What is a Pilot Car and When Do I Need One? 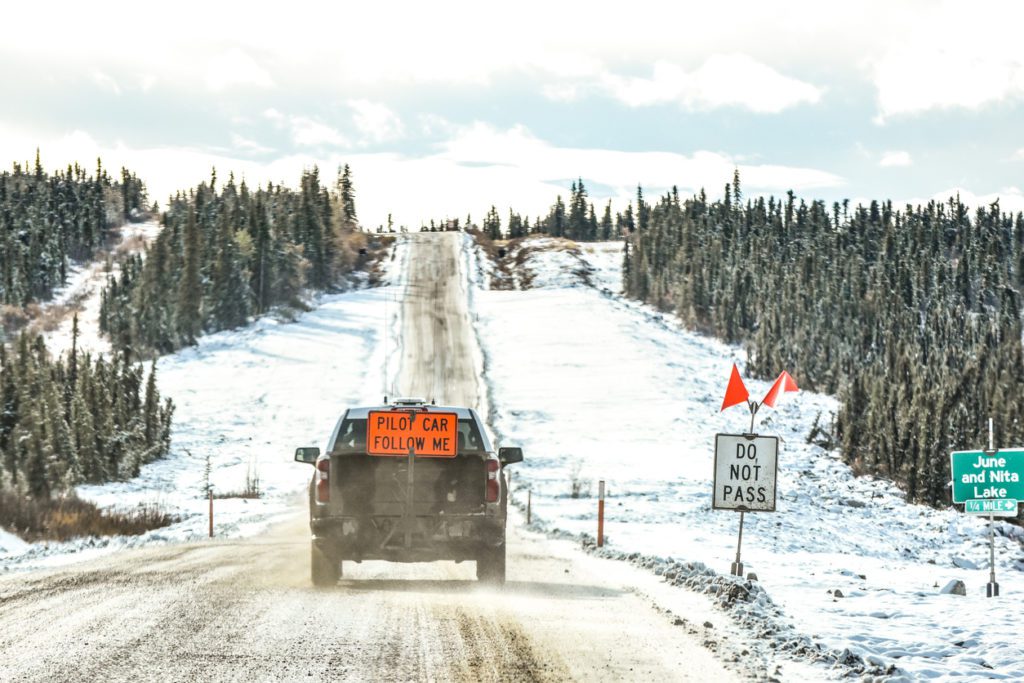 Table of Contents
What is a Pilot Car?
What Are the Benefits of Using a Pilot Car?
Escort Oversized Loads
Provide Safety for Drivers and the Public
Coordinate the Movement of Obstructions Such As Wires, Signs, or Signals
Common Types of Pilot Cars
Lead Car
Chase Car
Flag Car
Pole Car
Pilot Car Regulations
State Regulations
Federal Regulations
How Do I Become a Pilot Car Operator?

You see them often on major highways: SUVs, pickup trucks, and even compact cars accompanying heavy-haul trucks and trailers carrying oversized or overweight loads. They go by the names pilot car, escort car, pilot vehicle, and flag car, among others.

Whatever they are called, you’ll see them driving either in front of or behind a semi-truck hauling a wide load, superload, or heavy load. Whoever is driving one of these escorts on behalf of a pilot car service is a professional pilot car driver specializing in moving over-dimensional freight to keep the roadways safe for all drivers and protect the cargo.

What is a Pilot Car?

A pilot car sometimes called a “guide car,” is used to guide various transportation services such as heavy equipment, wide loads, and machinery transport. They also provide required equipment such as lights, flags, a first aid kit, and a CB radio or cell phone to communicate with the truck driver of the oversized vehicle.

The escort car (EVO) and pilot driver are not typically part of the trucking company but have been contracted to a separate escort vehicle operator responsible for traffic control and protecting other motorists by escorting the trucker along a defined route.

Truck escorts are required in every state for loads over a specific size or weight because these oversized loads pose an increased risk to public safety. Although federal regulations govern the size of commercial vehicles, each state sets the requirements on when a pilot vehicle is required and whether more than one pilot car is needed. Also, a police escort could be necessary in some cases, such as when the load blocks more than one traffic lane.

What Are the Benefits of Using a Pilot Car?

Provide Safety for Drivers and the Public

Coordinate the Movement of Obstructions Such As Wires, Signs, or Signals

With a pilot car or escort vehicle in the lead, the pilot driver can see obstructions, obstacles, accidents, or traffic issues and communicate them to the truck driver. A pilot car driver can also help the truck driver switch lanes while ensuring the safety of other motorists.

A lead car is a vehicle that leads a convoy or a motorcade to provide a safe route to the destination. It is typically a police car or an ambulance. The lead car is used to clear traffic and provide an escort to the motorcade or convoy.

Chase cars are responsible for communicating to the truck driver about traffic coming from behind since there are potential blind spots when hauling wide loads. When an oversized vehicle must change lanes or turn, the chase car will typically “protect” the lane by moving into it ahead of the oversized vehicle.

Also called a flag car or lead pilot car, the pole car uses a high pole to measure any height obstructions along a route. Pole cars are not required for wide loads but are common when transporting tall cargo. They are required by law in some states.

State regulations for pilot cars vary depending on the state. Generally, pilot cars are required to have a valid driver’s license, vehicle registration, insurance, and specialized equipment such as a flashing light bar, flags, and signs. Pilot cars must also be equipped with communication devices, such as a two-way radio, to coordinate with the driver of the oversized load. Additionally, pilot cars must be able to safely navigate the route of the oversized load and recognize any potential hazards that may be encountered.

Here are some types of regulations you may encounter, but always check with state and local authorities before you get started moving your load.

There are also requirements for flags and lights that must be displayed on the load being transported.

§ 393.90 requires that pilot or escort vehicles be equipped with flashing or rotating amber warning lights visible from the front and back, and the lights must be turned on when the car is in operation.

How Do I Become a Pilot Car Operator?

Each state manages its oversize load program, and there are several variations. For example, Florida requires an eight-hour course with qualifications as a pilot car driver and a flagger. Also, candidates must complete an eight-hour defensive driving course. All participants must have a valid driver’s license and be 18 or older.

Most states have reciprocity agreements with other states. For instance, Florida accepts qualifications from eleven states, including Oklahoma, Colorado, and Utah.

Escort vehicles use signs, flags, lights, or other signals to inform motorists that an oversized load is coming or up ahead. The pilot driver also uses a two-way radio for instant communication with the heavy-haul truck driver. The pilot car typically contains emergency equipment and height poles for tall freight that might need to clear an overpass, tunnel, or wires. It’s the escort driver’s responsibility to warn the truck driver in time to avoid an accident. 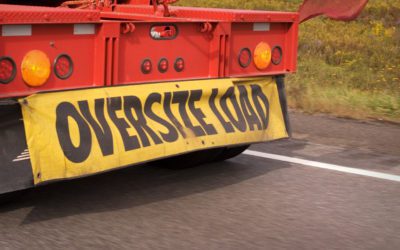